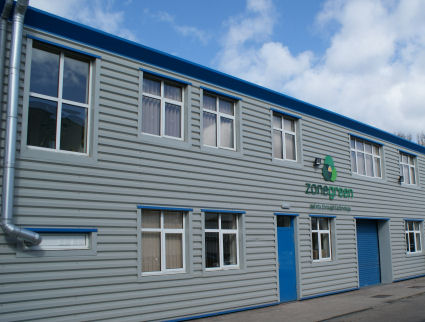 Mechan Technolgy has rebranded as zonegreen as of September 2008

A clear signal of the further growth and development of Mechan Technology, the Sheffield-based supplier of specialist personnel protection and electronic interlocking systems, has come with the announcement that the company has rebranded as zonegreen.

Mechan Technology – sister company of Mechan – will, as zonegreen, remain focused on the provision of safety-related products to the transport industry, and beyond. The company has become known for the specialist expertise, in-depth knowledge and highly-professional service of its personnel. The decision to rebrand was taken after extensive research, as a company spokesperson explains: “Whilst people knew the name Mechan Technology there was some confusion with Mechan which is a heavy-lift specialist. The name zonegreen will help to differentiate clearly the two businesses and at the same time enhance the worldwide aspect of the company”.

“Following a number of successful tenders, this is a particularly exciting time for us. Our SMART Depot Personnel Protection Systems (DPPS) have been installed at the new Laois Traincare Depot at Portlaoise on the Dublin-Cork main line; at the Eurostar depot at Temple Mills and at two depots on the Dubai Metro’s Red Line. As a result of our success we have quickly become regarded as market-leaders in the provision of such systems. We see the development of zonegreen as another sign of our progression.”