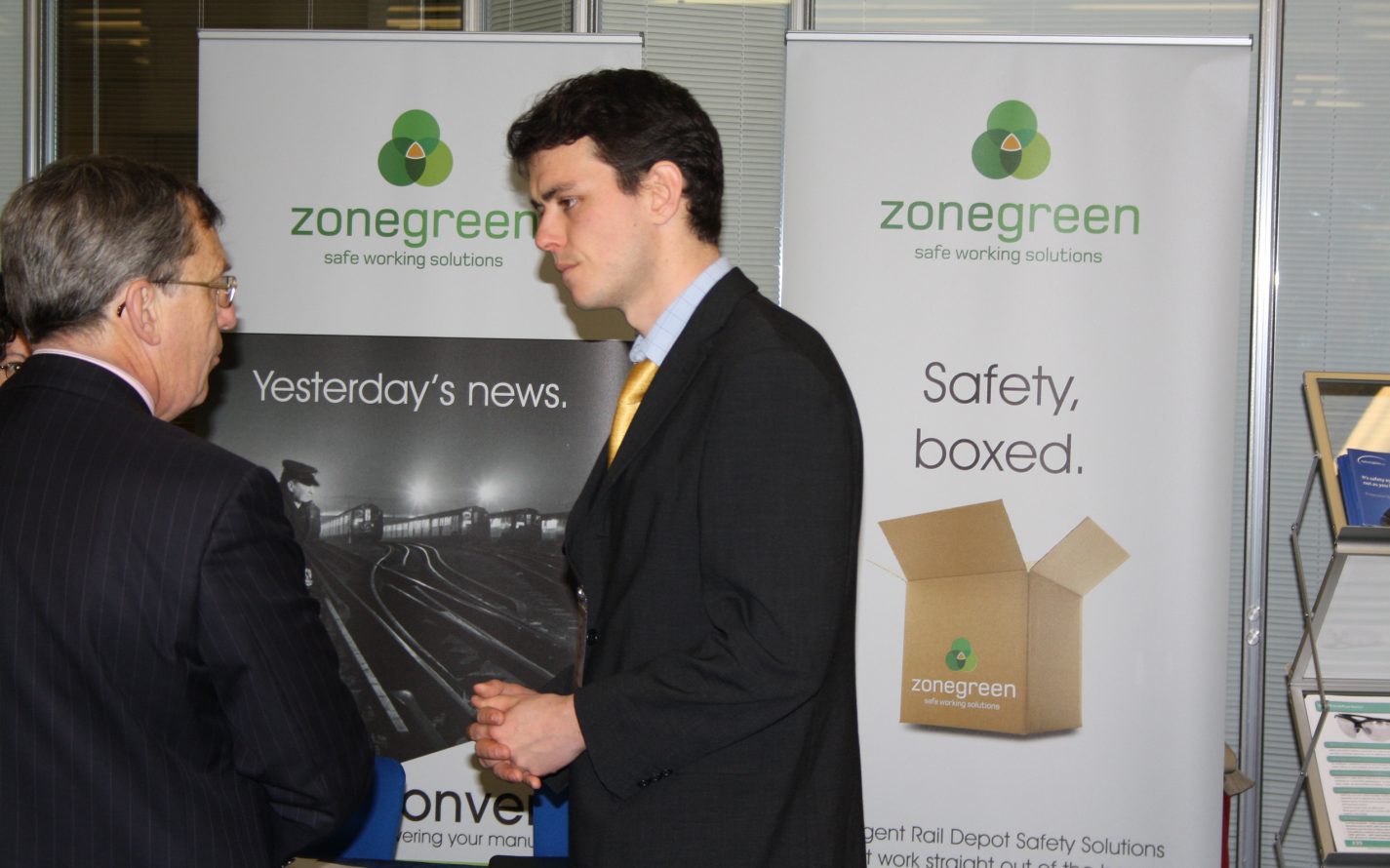 Written by Colin Wheeler: Zonegreen Technical Director Christian Fletcher, focusses on providing safer working in train maintenance depots. He is responsible for developing equipment to protect their workforce from train movements. He listed the hazards as train movements, and traction power supplies, both overhead and third rail. Rail Safety Summit.

He also highlighted the importance of protecting depot cleaning staff whose first language may not be English, and the risk of injury from the use of manually operated points. Simple devices are now available to operate points remotely and he is passionate about the need for manual derailers to be replaced by powered ones. They then become a safe system used by the appointed Delegated Person.

He surprised many by telling us that manual derailers weigh 25 kilogrammes each and depot train movements during the hours of darkness typically vary between 30 and 40 per night. “New build depots tend to have safety built into them whereas the older depots are sometimes working around depots that were built for steam rather than diesel trains.”Eight questions were asked of the nine speakers. A majority responded that reducing the number of rules and standards would improve safety culture. There was an equally strong rejection of financially rewarding individuals for safety performances, but an even split over separating near misses and close calls.