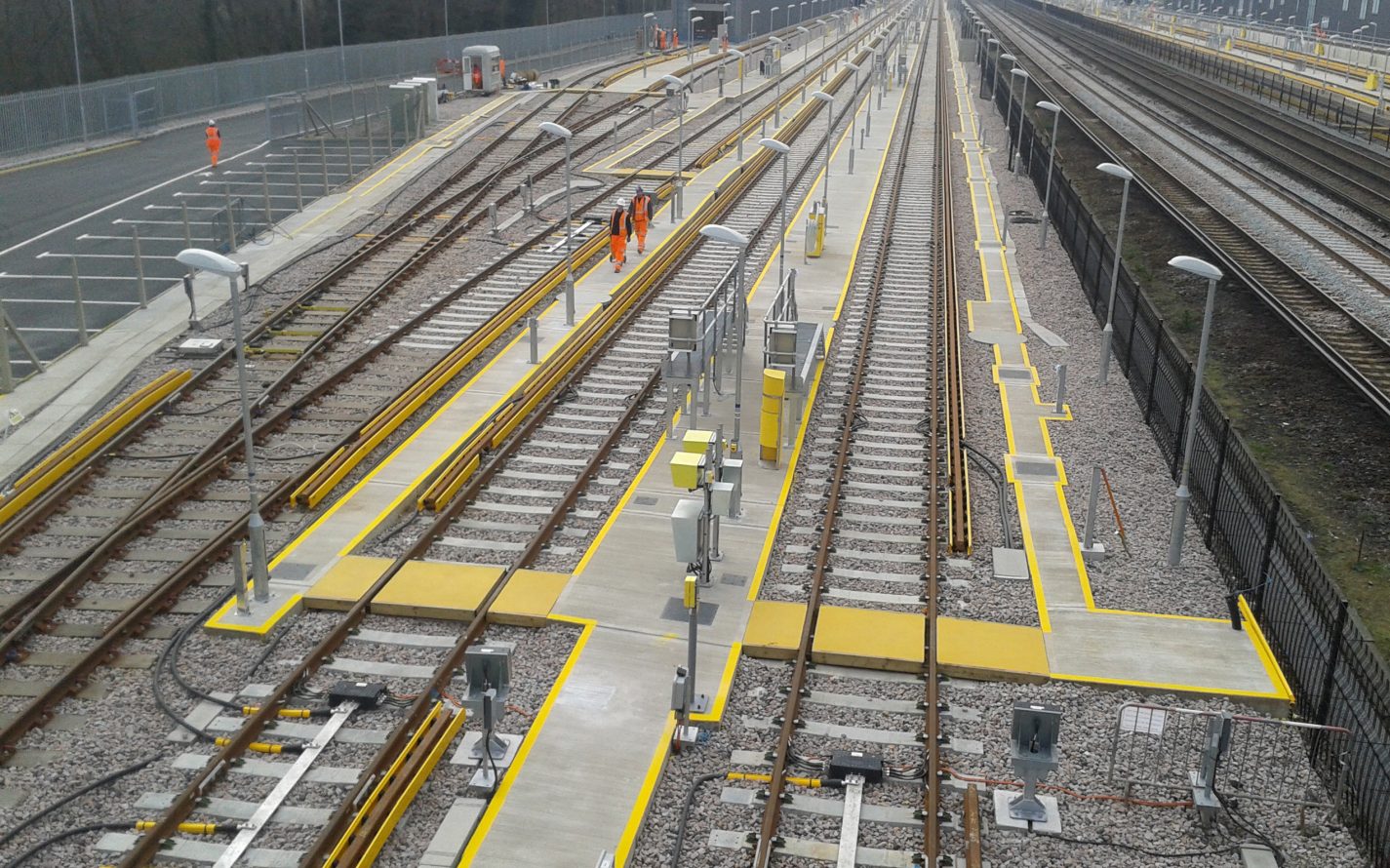 Workers at London’s new Thameslink rail depots will be protected by the very latest intuitive technology, thanks to Zonegreen.

In both locations Zonegreen’s technology was specified by Siemens, who is a keen advocate of DPPS™ and installs it in the majority of their depots. The system is an easy to use, cost effective method of protecting staff and infrastructure through the coordination of multiple safety devices.

At Three Bridges, near Crawley in West Sussex, DPPS™ has been installed on 7 roads and 11 sidings to provide complete protection across the new, purpose built facility. In a first for Zonegreen, it has also been interfaced with the signalling system, only allowing routes to be set into the workshop when it is safe to do so.

Existing depot, Hornsey in North London, was already using an earlier version of DPPS™ to protect its wheel lathe and two sidings. The older system remained in operation during the modifications and was upgraded into the new installation that now protects all 12 workshop roads and 8 sidings.

The innovative signalling interface at the Thameslink depots, allow movements to be authorised on the 15km of sidings from the centralised intuitive Depot Manager PC systems.

Christian Fletcher, Zonegreen’s technical director, said: “Thameslink aims to increase thereliability of train travel across London and DPPS™ will play an integral role in fulfilling this objective. We have tailored our technology to the unique needs of each depot and ensured work at Hornsey did not impede ongoing maintenance, which is a great endorsement of the system’s quality and flexibility. We look forward to seeing it fully operational when the project completes in 2017.”