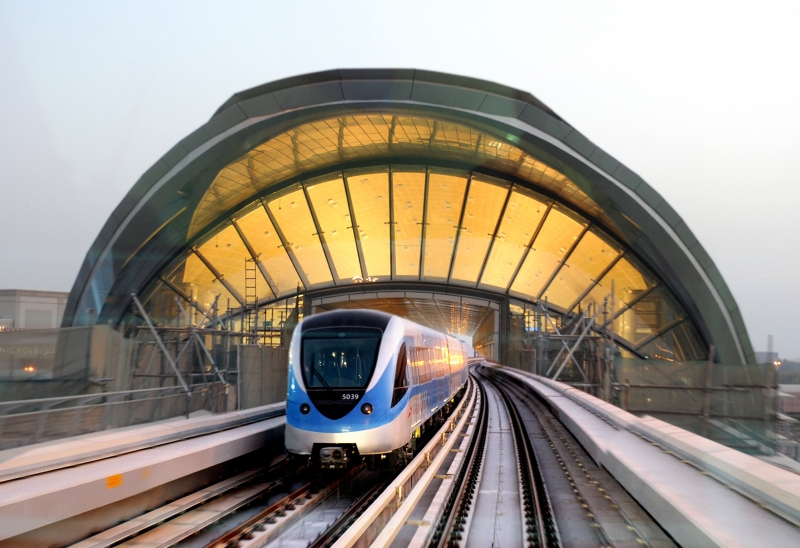 The Dubai Metro Red Line will be fully open in a matter of months, and UK company Zonegreen is delighted to be playing a key safety role in the development of the world’s most advanced automated metro network.

The Sheffield-based team of research engineers and scientists was contracted to install its SMART™ Depot Personnel Protection System on a total of 14 roads at both the Red Line’s two prestigious traincare depots, Rashidiya and Jebel Ali.

The contract, which is with specialist project management company Design & Projects Int Limited (D&P), will also see Zonegreen’s SMART™ DPPS installed at Dubai Metro’s Green Line Al Quaias depot, which is due to open in 2011.

“DPPS has been installed in Red Line’s Rashidiya and Jebel Ali depots, and will be installed in Green Line’s Al Quaias depot”

Zonegreen’s Managing Director Tony Hague said: “The network that is being developed in Dubai involves the most leading-edge technology and engineering. The fact that Zonegreen’s expertise in intelligent rail safety technology has been sought out is testimony to the quality of our products.

“Because the SMART DPPS is a standard product, it was simple for local contractors to install after a few days of instruction from our engineers. Once the installation was complete, we returned to Dubai to test and commission all the roads.

“The electronic controls employed within the SMART panels use LonWorks network technology. This allows a minimum of electrical connections, vastly reduced cabling, and gives the resilience and reliability of distributed intelligence – there is no master controller, and a fault on one road will not affect the operation of the others.”

The first section of the Dubai Metro Red Line, covering 10 stations, was inaugurated by Sheikh Mohammed Bin Rashid Al Maktoum, Ruler of Dubai, in September. The remaining 18 stations will be opened in the coming months, Dubai’s Roads and Transport Authority has recently announced, with 10 stations to open by mid May 2010.

Zonegreen’s SMART™ DPPS is now installed in the vast majority of new UK depots, including the Eurostar Temple Mills Engineering Depot. The Dubai contract marks the start of Zonegreen’s expansion into oversees markets.