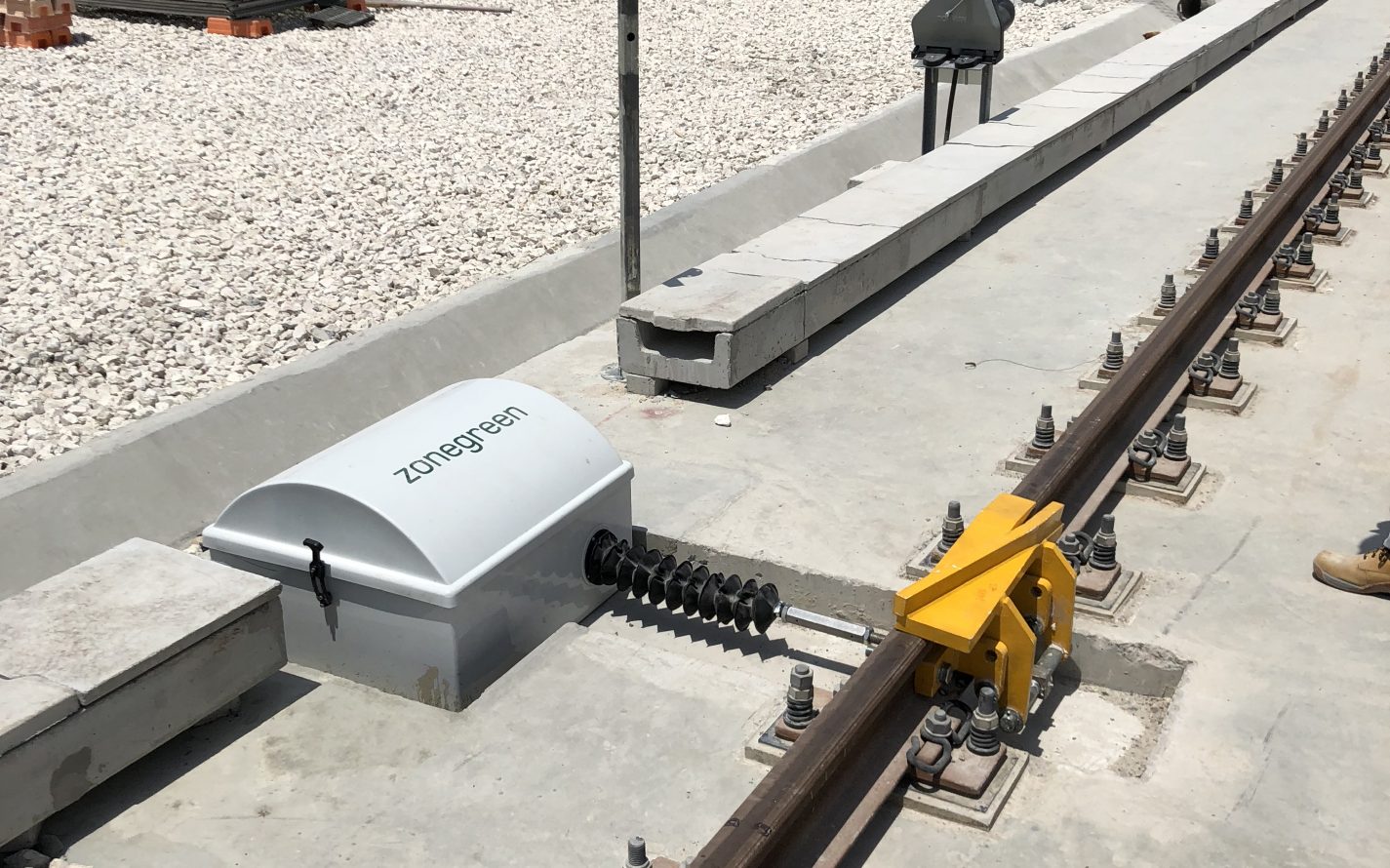 Sheffield-based rail depot specialist, Zonegreen, is ensuring staff working on one of the most prominent transports projects in the Middle East are among the safest in the world.

Zonegreen’s innovative technology is now safeguarding staff at three maintenance and stabling facilities, including the system’s main depot, the Al Wakra Heavy Maintenance Depot, which was commissioned in 2018.

This year, Zonegreen has installed DPPS™ on seven roads at the Al Rayyan Depot on Doha’s Green Line. It will control the movement of vehicles into and out of the maintenance building, which will house 90 of the metro’s state-of-the-art three-car trains. Four of the roads have been fitted with powered derailers, providing physical protection for staff working in areas of potential risk.

The final depot to benefit from Zonegreen’s technology is the Ras Bu Abboud stabling yard that serves the metro’s Gold Line. This single road facility has been fitted with warning beacons and klaxons, to warn staff of vehicle movements.

In all three locations, staff log on to DPPS™ via personalised datakeys that enable them to protect the areas in which they wish to work, without disabling the entire depot. Those with higher level access can also control vehicle movements with ease and efficiency at a fraction of the cost of a full signalling system.

Christian Fletcher, Zonegreen’s technical director, said: “Doha Metro is embracing cutting edge technology in all aspects of its construction and DPPS™ is no exception. It is guaranteeing depot safety and efficiency from the outset on this highly sophisticated new transport network.”

The firm’s timely installation at Al Wakra, which sits on the city’s red line, helped Qatar Rail open the first section of the metro system to the public on May 8, almost a year ahead of its planned 2020 launch date. It is anticipated the entire project will be serving commuters by 2022.