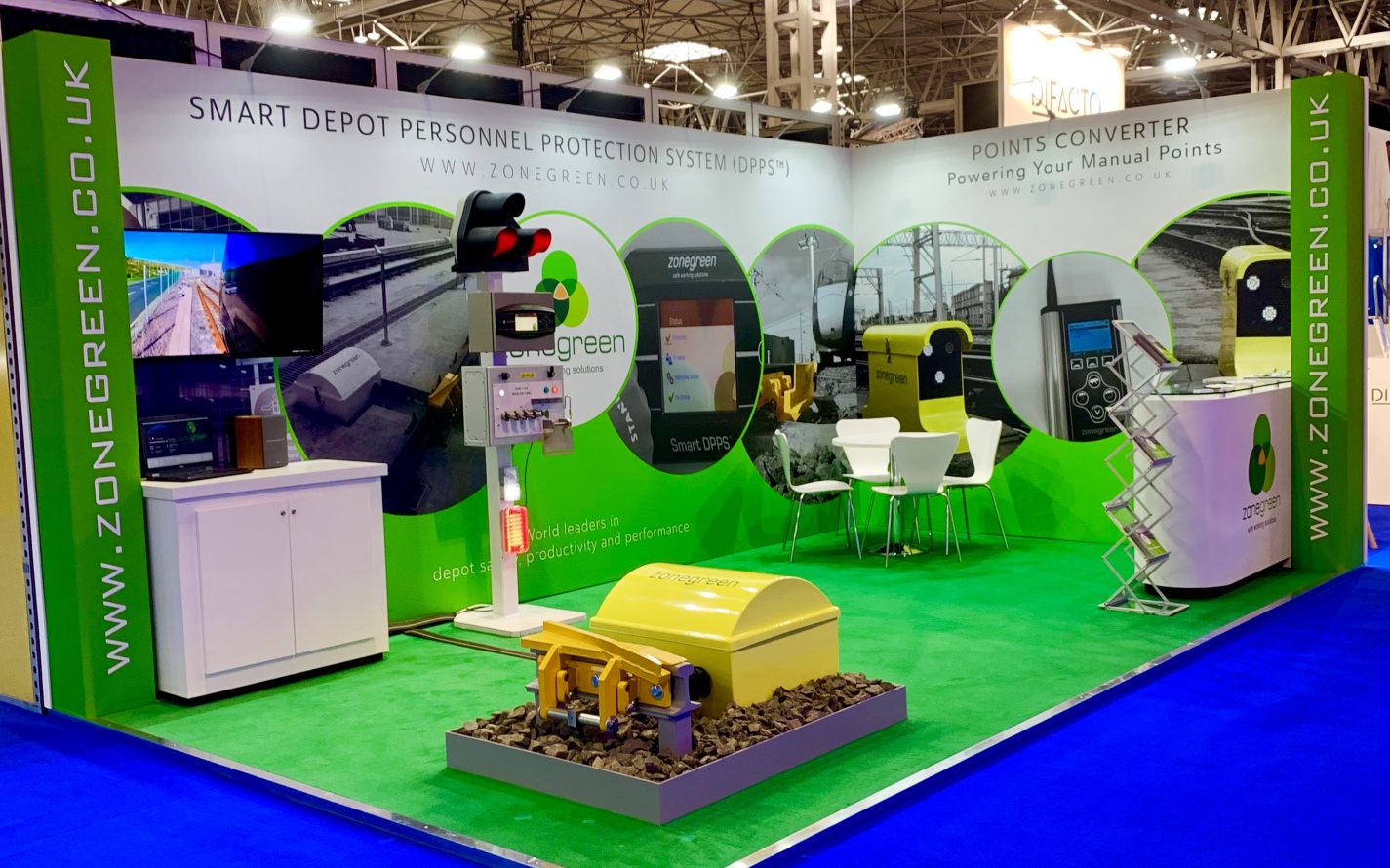 Sheffield safety specialists, Zonegreen, celebrated the 20th anniversary of their flagship system, which revolutionised working conditions in depots, at Railtex earlier this month.

To mark the occasion, the firm launched the results of their latest research and development project at the exhibition. The new Depot Personnel Protection System (DPPS) control panel which is operated via RFID cards. Zonegreen have developed a unique proprietary RFID reader which has been incorporated into their market leading DPPS. In addition, the latest version of the DPPS offers verbal warnings of vehicle movements, making it easier to identify areas of risk.

Christian Fletcher, the firm’s technical director, said: “Railtex 2019 was a huge success for Zonegreen. It was great to meet with both new and existing customers, and we received some very positive feedback on the new features of our DPPS”. 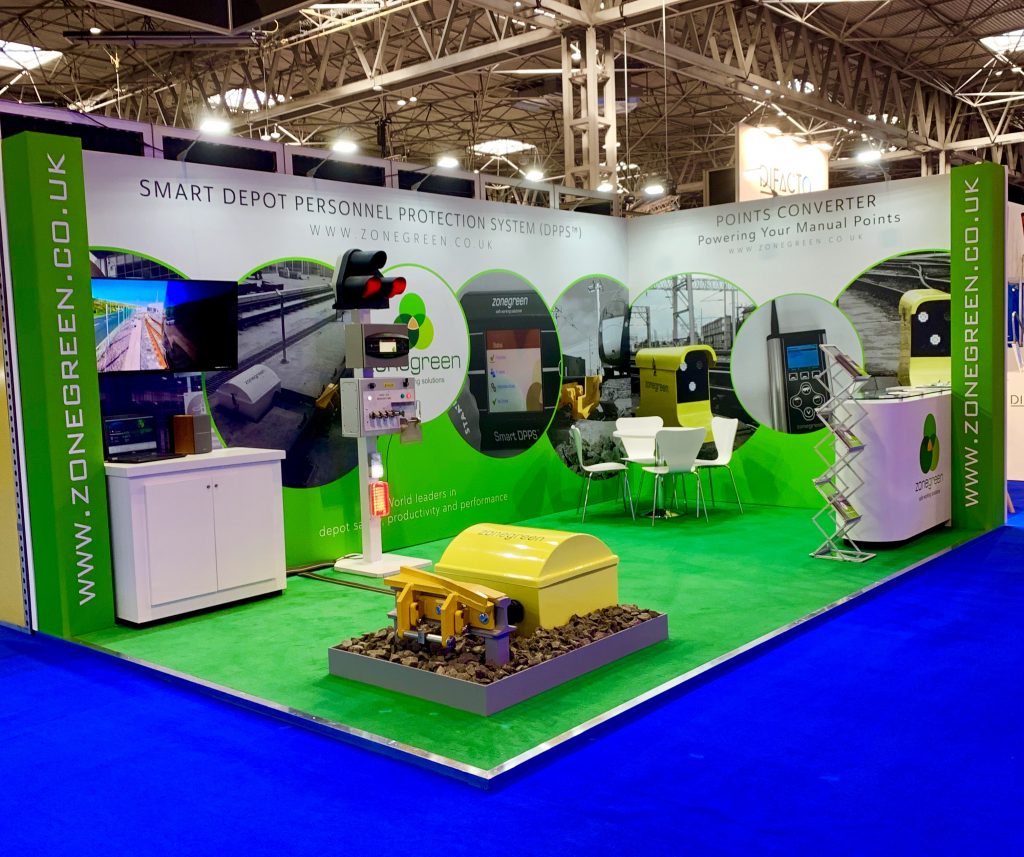 He added: “over the past 20 years, Zonegreen has established an unrivalled reputation for quality, safety and reliability. A reputation which is retained through the continuous research and development into depot protection, which takes into account the feedback from customers across the globe. Railtex was an excellent opportunity to show our customers what we have been working on”.