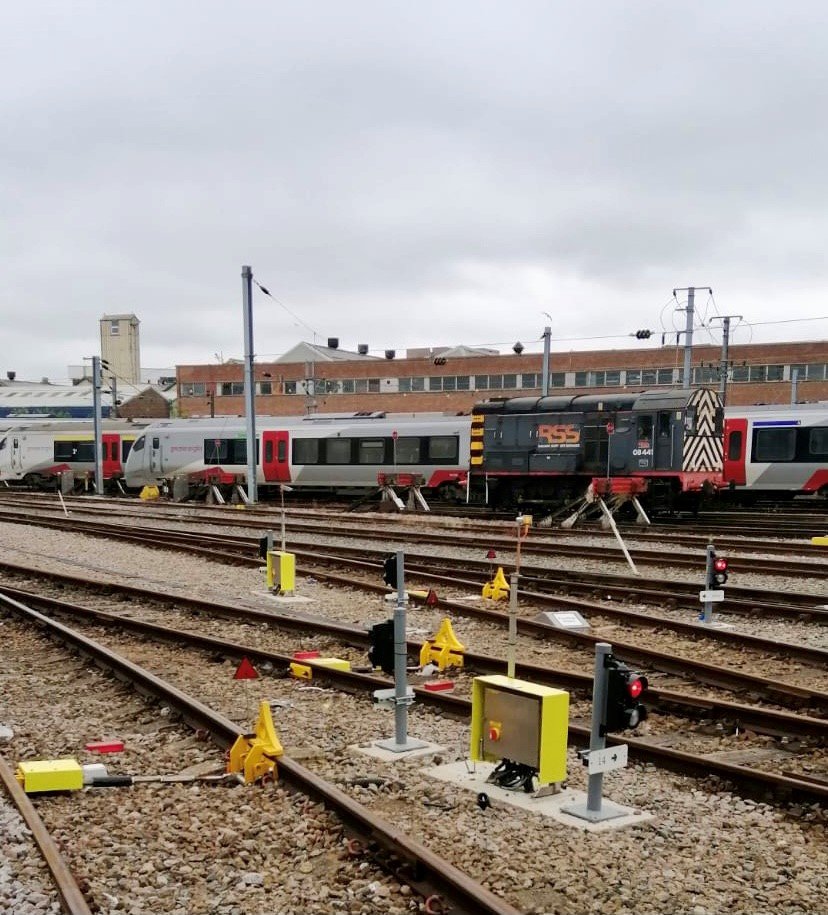 The Sheffield firm returned to the depot last month to equip a final two roads with its innovative safety system, taking the total number of protected roads to five.

In the final stage of the project, Zonegreen fitted DPPS on roads 12 and 13. Staff now log onto road end panels that operate the system via personalised, electronic datakeys with varying levels of authorisation. This prevents powered wheel stops from being lowered, providing physical protection from moving vehicles; creating safe zones for personnel in which to work.

Beacons and klaxons accompany the installation, offering visual and audible warnings of vehicle movements. A signalling interface controls outbound movements that only allows routes to be set only when staff have logged off the system and it is safe to do so. The two roads have also been linked to Zonegreen’s Depot Manager software, which displays the status of DPPS, provides the names of personnel logged on and logs a permanent record of activity.

Christian Fletcher, Zonegreen’s technical director, said: “We take huge pride in seeing our DPPS system working seamlessly at Crown Point, creating an environment in which vehicles can be moved safely and efficiently, whilst removing the margin for human error from maintenance procedures. By working closely with our partners, the depot has been able to operate during all three stages of the project and now offers personnel the safest possible working conditions.”

As a final piece of the jigsaw, Zonegreen has also interlocked a new bogie drop on Road 14 at Crown Point with DPPS, preventing vehicle movements unless the bridging rails are in place.