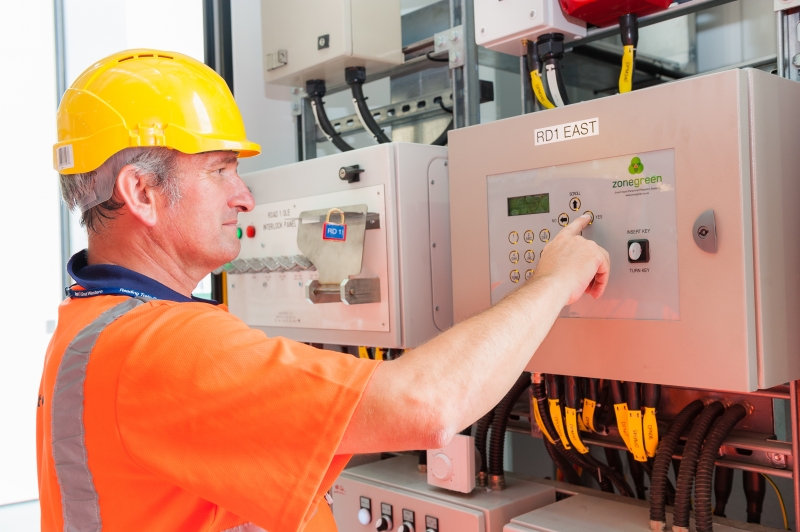 Sheffield-based Zonegreen has received recognition for its technological expertise and high quality performance from one of the world’s largest rail industry companies. Zonegreen was also one of three suppliers shortlisted in the Services Category at the global Our Stars for Rail Systems 2014 awards.

Zonegreen’s success acknowledges the quality and reliability of its flagship SMART Depot Personnel Protection System (DPPS™), installed at Siemens depots across the country.

Roger Larkam, Siemens Rail Systems head of infrastructure and depots, presented the award.  He said: “Zonegreen’s SMART Depot Personnel Protection System is a crucial part of our depot infrastructure and has performed its important role very successfully and extremely reliably.  Rolling stock maintenance is business critical for Siemens and Zonegreen’s system ensures a safe environment within our depots for our staff to work in.”

Mr Larkam also praised Zonegreen for its flexible collaboration with Siemens during the recent installation of overhead line electrification interlocking at the Ardwick depot in Manchester and also noted its Out of Gauge Warning System (commonly known as the “skirt detector”). This was developed in conjunction with Siemens for its Heathrow Express depot and uses a series of lasers to which act as a warning to stop trains leaving the facility if the side skirt is not fully closed.

Thomas Wilson, Zonegreen’s finance director who collected the award, said: “This accolade from Siemens, one of our major clients, for the quality of our products and our expertise, delivery and service is very pleasing and reflects the hard work and dedication of everyone here at Zonegreen.  We continue to work closely with Siemens, for whom safety is the highest priority, and this endorsement underlines our reputation as by far the leading provider of Depot Personnel Protection Systems.”

Zonegreen is now working with Siemens on the largest depot protection installation of its kind as part of the Thameslink project, a programme of upgrades to the north/south route through London, one the busiest stretches of railway in Europe.